Dubai – Mubasher: Arabtec Holding, a Dubai-based contractor for social and economic infrastructure, on Tuesday announced that its wholly-owned subsidiary Arabtec Construction has been awarded AED 408 million contracts by Emaar Misr for Development, an Egyptian unit of Dubai-based Emaar Properties.

The first contract, worth AED 110 million (EGP 498 million), will see the construction of phase 1 of the Fourteen Golf Residences comprising 270 residential apartments in its Uptown Cairo development in Egypt, according to a press release.

Works at the Fourteen Golf Residences will commence immediately for a 27-months period, Arabtec said.

The seven-building development has a total built-up area (BUA) of 53,690 square metres and features luxurious residential apartments with spacious terraces that overlook the city lights.

Boyd Merrett, CEO of Arabtec Construction, commented: “We are delighted to be awarded another package in the Uptown Cairo development by Emaar in Egypt, which is presenting a strong pipeline of opportunities underpinned by population growth and a stable economy. We look forward to building on our solid track record with Emaar and to delivering another successful village in the Uptown Cairo Master Development”

As for the second contract worth AED 298 million (EGP 1.346 billion), Arabtec has been awarded the construction of Phases 2 and 3 of Celesta Hills comprising 179 units and external works, the company revealed in another press release.

Under this contract, works will start in August 2019 for 38 months, the leading contractor remarked.

Located in close proximity to the Golf Clubhouse, Celesta Hills has a total BUA of 86,664 square metres consisting of two phases. 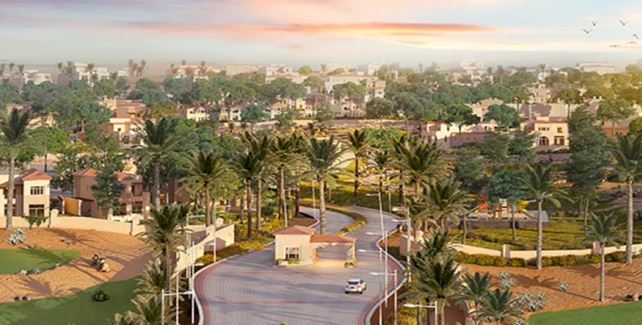 Uptown Cairo, located in the heart of the capital of Egypt, is an integrated development that will provide its residents with easy access to east and west Cairo through a well-developed road network.

Last Sunday, Emaar Misr announced it had signed an EGP 1.844 billion contract Arabtec Construction for the construction of two urban projects at Uptown Cairo in Mokattam.

6 properties
Back to Login