The leading global construction engineering company confirmed that it will ensure that shareholders’ rights are completely protected, according to a statement on Wednesday.

The Dubai-listed contractor has already submitted 15 criminal complaints against the previous management, members of the previous board of directors, in addition to some of their family members.

These complaints are still being investigated by the competent authorities.

In addition, a previous executive manager, who was also an executive board member, and one of his family have reportedly been banned from travelling, according to the statement that cited informed sources.

Moreover, the authorities have ordered the freezing of the bank accounts of the executive manager and his wife and the seizure of properties registered under their names.

“While he is currently abroad with his family, he is still subject to ongoing investigations regarding the criminal complaints that were assembled by the experts and filed against him,” the report noted.

DSI also stressed that news reports about absolving the previous executive manager and one of his family members from their previous duties and liabilities by shareholders are completely “incorrect” and baseless. 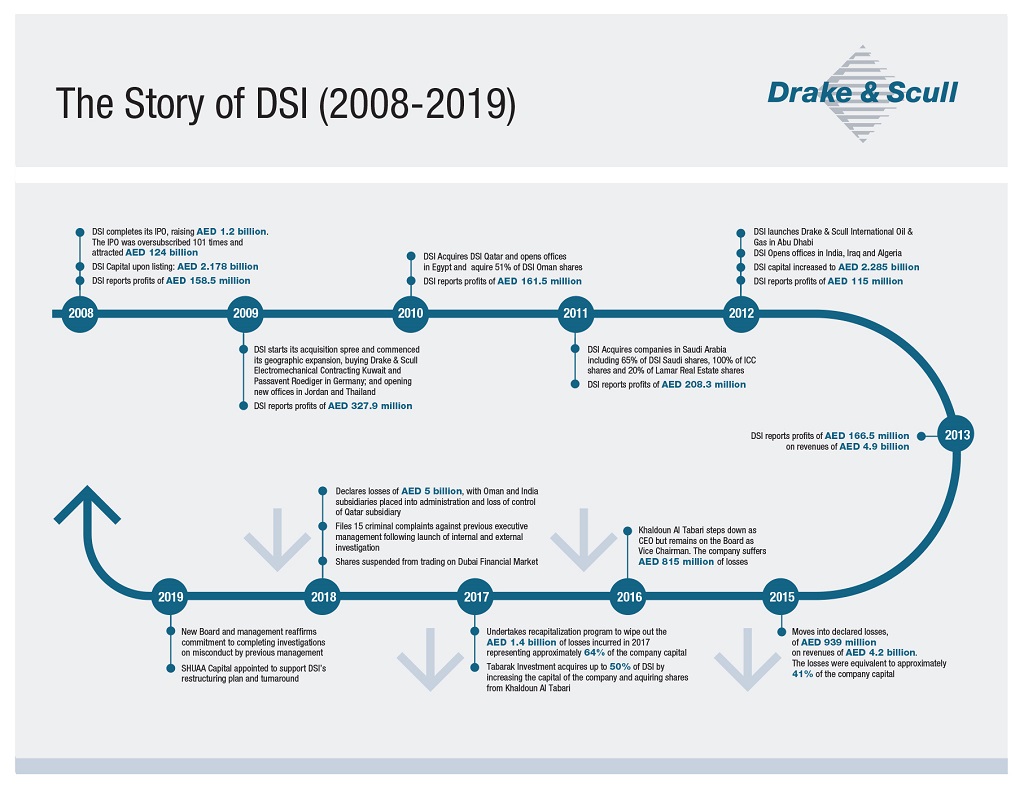 During the 2009-2017 period, the company, under the previous management, incurred annual losses hidden from shareholders.

These losses were attributed to “the previous executive management’s failure to comply with corporate governance and transparency rules, and lack of proper managerial and financial standards,” according to the fact-finding committee.

SHUAA Capital has been appointed by the new management to support the company’s restructuring plan and “bring it back to profitability, and to contribute to the UAE’s growth as well as add value for [its] shareholders,” the chairman confirmed.

In June, DSI’s board of directors appointed Shafiq Abdelhamid as the new chairman.

6 properties
Back to Login